Former Batwoman star Ruby Rose has signed on to star alongside Paris Berelc (Alexa & Katie) in 1Up, an esports underdog comedy from Lionsgate and Buzzfeed. 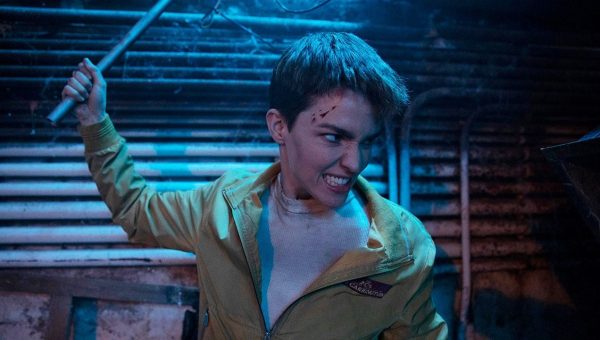 As reported by THR, the film is currently in production under director Kyle Newman (Fanboys, Barely Lethal) and “centers on a young woman named Valerie Lee (Berelc), who quits her college esports team, fed up with gaslighting from her male counterparts, and quickly realizes that her decision comes at the cost of her scholarship. But, she discovers a loophole to save her collegiate future: if she can find a coach and assemble a whole new varsity-caliber team capable of reaching the State Finals. Valerie turns to her professor, Parker Nesby (Rose), and together with Valerie’s best friend and fellow gamer Sloane, they form and train a rag-tag women’s team committed to taking down the boys that tried to shut them out of gaming in the first place.”

“1UP is a fresh, authentic comedy with important social commentary, featuring a diverse cast of hugely talented and often underrepresented voices,” said BuzzFeed’s Richard Alan Reid of the film, which is the first to be produced under a new partnership between BuzzFeed and Lionsgate targeting millennial and Gen Z audiences. “Through this joint effort, we’re eager to harness the power of the internet to reach global millennial and Gen Z audiences and tap into one of the most passionate online fanbases.”

SEE ALSO: Ruby Rose opens up about her Batwoman exit

“1UP is an exciting, engaging comedy with universal themes, but what truly differentiates this film are the diverse, nuanced characters that are unusual for this genre – a rich variety of people who we don’t get to see every day,” added Lauren Bixby of Lionsgate.

Ryan Reynolds shared a foul way of getting rid of holiday guests who outstay their welcome on Wednesday’s episode of “The Tonight Show Starring Jimmy Fallon.” In the comedy bit, the “Deadpool” star deployed various […]

Taking a page from the right-wing, Donald Trump-touting Newsmax, sports anchors on “Saturday Night Live” insisted against all evidence that the 0-12 New York Jets haven’t really lost a game. Newsmax tells “the truth, that […]

Any cookies that may not be particularly necessary for the website to function and is used specifically to collect user personal data via analytics, ads, other embedded contents are termed as non-necessary cookies. It is mandatory to procure user consent prior to running these cookies on your website.